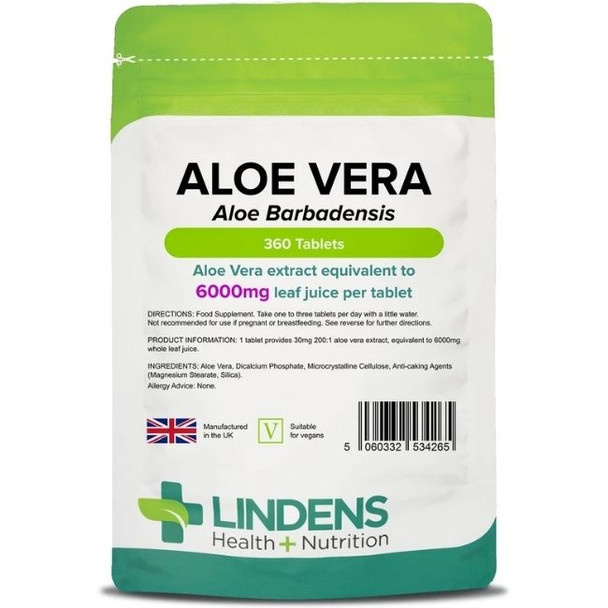 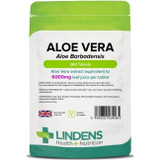 Aloe Vera (aloe barbadensis) is a herb that has been traditionally used and cultivated for thousands of years, since Ancient Egyptian times. It is grown in most subtropical and tropical locations including South Africa, Latin America and the Caribbean. Nowadays, aloe vera is commonly included in ointments and cosmetics to support soothing effects. Each Lindens Aloe Vera 6000mg Tablet contains a concentrated extract equivalent to 6000mg of aloe vera leaf juice.

Lindens
£18.99
£14.61
HIGH-STRENGTH GINKGO BILOBA — look after your mind and body with Lindens Health +?Nutrition! Each one-a-day tablet provides the equivalent of 6000mg of dried leaf ginkgo bilobaCOGNITIVE FUNCTION —...
Out of stock

Hyland's
£10.00
Hyland's 4 kids homeopathic quick-dissolving tummy ache tablets are suitable for children aged 2 and older to combat a variety of stomach symptoms, from pain and gas to diarrhea. They dissolve...
Out of stock

Universal Nutrition
£22.82
Who We Are Founded in 1977, we are a family-run company that has been formulating and manufacturing proven nutritional products for dedicated athletes. Our products are found in over 90 countries...
Add to Cart

Trec Nutrition
£20.26
CM3 1250 belongs to the group of dietary foods for special nutritional purposes that meet the body's needs during intense physical exertion, especially for strength athletes, such as:...
Out of stock

Puritan's Pride
£16.99
Melatonin is a hormone that is naturally produced in the body. Melatonin is closely involved in the natural sleep cycle. Because inefficient sleep can affect your energy and your mood, melatonin is...
Add to Cart
Sale 11%

Universal Nutrition
£44.99
£39.99
What’s in Animal Pak? I think a better question to ask would be “What isn’t in Animal Pak” because you get everything when you put a can in your cart. Everything from Vitamin C, Vitamin E, Vitamin A...
Out of stock
Sale 15%

Trace Minerals
£14.99
£11.49
Trace Minerals Ionic BoronIonic Boron is a rich concentrated liquid dietary supplement that provides boron, a trace element, in ionic form – the form most widely recognized by the body.† Our...
Add to Cart